The Leonin: Character Race #2 of 8 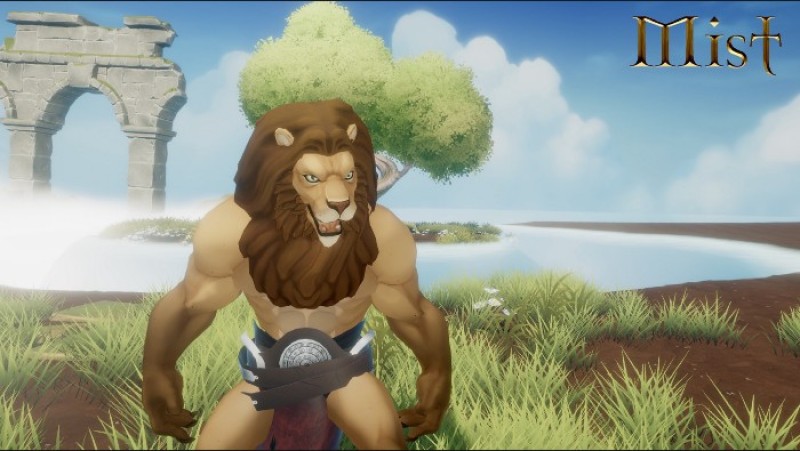 The Leonin: Character Race #2 of 8

This week we will highlight The Leonin.

Leonins are the second race we want to share with you. After weeks of development, fine-tuning, re-designing, and re-animating the Leonin is ready to go.

The Leonin has faster base movement speed than other races and is more agile and fast. They also have the ability to pounce on an enemy and stun them, as well as other special racial abilities.

At first the lion was supposed to be large, strong, but also not too muscular like some of the other “beast” races.

We wanted him to be athletic, but also have the potential to be a team player.

Above was the first rendition of the Leonin. We can see here that he looks muscular and beastly. However one thing we did not like about this model is that he was TOO beast-like.

His arms were too big and so were his hands. From all angles he looked more like a monster you would fight in-game instead of a playable character with good personality.

Also, note that his neck is very short in all angles. So he looks un-intelligent and lacks the personality we wanted.

Above you can see some of the actual dev notes we sent to our developers in order to re-design the Leonin.

The 1st design is on the right, and the re-design ideas are on the left.

You can see how he transforms from “beast” into a playable character with personality.

His hands and arms are smaller, his posture changes, and his neck elongates.

Above you can see the mapping of the Leonin. This map shows the contours (and many more things) but mostly we see the changes in the arms, neck, and hands fully implemented.

And above we see a slightly more polished version of the 1st draft of the Leonin race character.

After a little more topology and character pre-baking, we had the above picture.

And above we see the Leonin almost coming to the end of the mesh process (before any texturing). His body shape is finished and “contouring” is finishing up as well.

Now the last piece we had to improve was his hair, mane, and beard. For some reason, the above looked incomplete.

Above was the 2nd iteration of the hair. We made it bigger, better, and more intense looking.

However we still had some improvements.

Above you can see our focus points on the improvement of the hair. The whiskers and the hair size and shape had to change.

This hair looks powerful, majestic, and like that of a true Leonin.

Now we start with some shaders. The shaders are what give the Leonin the feel, the soul, and the colors.

This first round of shaders does not look great, but it gives us a good start.

We need to work on the normal maps and shader textures, but overall it is a good start.

At this point, we start adding some of the final shader touches.

Here is where the Leonin really starts to stand out. The muscles bulge, the face pops, and the character comes alive.

Below is a comparison.

As we see above, the shader updates make a big difference.

Now we begin adding some clothes.

In this case, the Leonin gets a nice cloth skirt to cover the loins and give a flowy, jungle vibe.

But of course, we still need to shade.

We update our shaders and textures, and we get the result above.

The Leonin is ready.

Note the difference in the looks of the above Leonins. The shading technique and art style makes a big difference.

Our shader developers took a long time to perfect and customize this look.