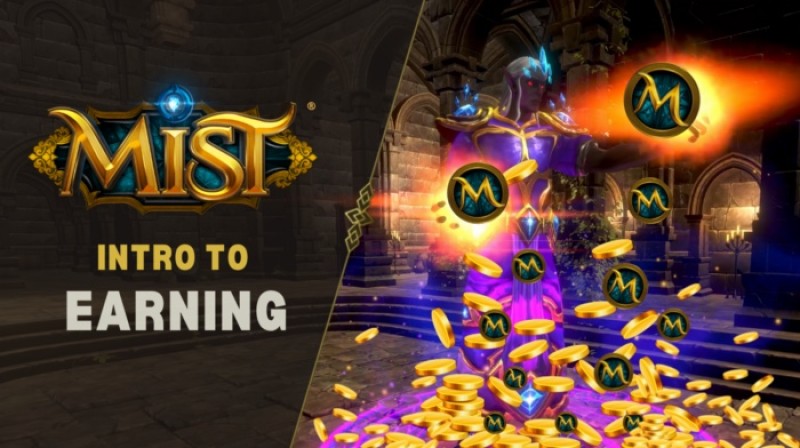 Mist Metaverse has a large MMO ecosystem with many ways to implement earning. It allows us to be creative with how we make structure the earning systems. It also allows us to work on many burning and deflationary mechanics, as Mist will focus heavily on deflation as well.

Today our article will focus on earning.

There are many ways to be able to earn in Mist. The earning system will reward skillful and smart players. Some features will be added sooner, some will be added later. Base systems need to be tested before earning will be implemented fully. Do not expect full earning systems on day 1 of the pre alpha launch. These will be added in the next phases after base tests are done.

Through purchasing in-game farms, mines and other resources you will be able to earn in game rewards. Fighting monsters, defeating players in PVP, winning world battlegrounds, are other ways you can earn.

Some players can also try to discover other ways to earn. Creativity may be rewarding, but with reward there is always risk.

This week we will talk about the earning system, how it works and what it means for the overall game ecosystem.

Players in Mist Metaverse will be able to farm, mine, trade and fight to earn in game. We aim to to bring a true play to earn experience to the blockchain.

Mist is not be a simple click-to-earn type of game.

Many games these days do not reward the skillful players and it is becoming a huge issue in the blockchain gaming industry. Mist will allow players to improve their skill and strategy. Players will be able to collaborate and learn from each other to maximize their earning within the game. We want to reward the best gameplay for the players and the community as a whole.

Yes, some in-game items will be more powerful or they may have more earning potential. However the skill-and-strategy of a player will allow them to experience success as well.

What does this mean for the overall gameplay? And more importantly does it have any implications regarding the in-game economics?

We want to reiterate: Earning mechanisms may be added and tested during different phases of the Pre Alpha. They will likely not be live on the 1st day, as we have other systems to test. To learn more about the phases, read HERE.

These systems will allow players to stake their tokens with and NPC in-game and earn rewards based on emission schedule. Think of this as gamified staking. Depending on which land you stake in, if it is in a good location, and more, you will earn different level of rewards. Choosing a good land is important.

These NFT ownership systems allow you to own a piece of NFT land, which is yours. Depending on the type of land you will earn in different ways.

For example: Owning NFT Monster Land means there are NPC monsters on the land. Whenever any player kills these monsters you will earn a % of the drop. If you have more strong monsters on your land, you may earn better rewards.

Another example: Owning an NFT Mine means that every time a rock is mined on your Mine land, you will earn a % of the ore. (Remember, ore in Mist is a blockchain token).

Scholarship Systems allow players to rent out their character and item NFTs, and receive a % of loot from their scholars.

Active rewards systems are easier to understand (more typical for MMORPGs) however they may offer similar rewards to other earning types.

For example you may kill monsters which drop tokens or NFT items. You may also enter PVP environments in which winners earn and losers lose tokens. There are also server-wide PVP events which will reward winners.

There are some more advanced ways of earning that the team is working on. However these advanced earning mechanics will not live for a while (until the game becomes more mature and players settle in).

Earning with Owner-Employee Relationships (Be an Owner or Employee)

Players will be able to purchase mines in game. Once you purchase this mine, you can either choose to mine it yourself or hire someone that can start mining. Once these miners start working the owner of the mine will receive a percentage of the mined good. This also allows mine employees to earn tokens without having the money to buy their own mine.

Earning with Raiding and Pillaging (Be a Raider)

You can also raid and pillage other people’s mines. Get together with your friends, attack somebody’s mine, and steal the resources and tokens. There is a chance that you can successfully pillage and gather resources. However, if you fail, the consequences will be dire and you might end up losing resources.

Earning by Defending Assets (Be a Guard)

We will also allow players to defend themselves against raiders by hiring Guards and Defenders fort their land. For example: the miner and the mine owner can get together and consider hiring guards to help them guard their mines in order to avoid getting attacked. These guards will receive a % of the mine’s rewards.

There are many more earning mechanisms. We will talk about this system more in detail in the future.