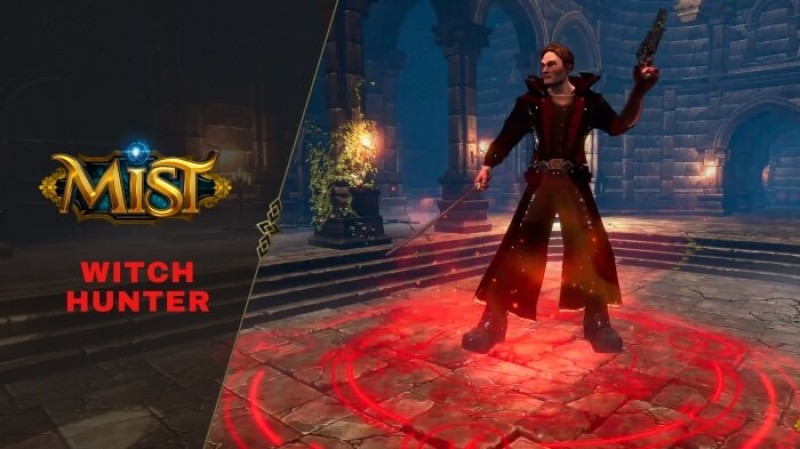 The Witch Hunter is a smart, agile, industrious hunter of unwanted monsters throughout Midirim. They are sneaky, clever, and always have a trick up their sleeve.

They have also learned to use trinkets, potions, and poisons to subdue their enemies and incapacitate them.

They have vast experience dealing with Beasts, Vampires, Lycantrophes and sometimes even Demons.

Due to this they have created their own way of fighting, seeking and capturing many different enemies. This in turn makes them a very versatile fighters that can deal with almost anything that one can imagine.

Most people fear Witch Hunters due to their strange style and the circles they travel in. But make no mistake, Witch hunters see themselves as the protectors of the people, even if they use some of the dark arts.

Cloak
You hide under your cloak, becoming invisible and slowing your movement speed by 50%. Your next attack deals 60% more damage. Lasts until cancelled, until an ability is used, or damage is taken.

Potion of Silence
You throw a potion of silence at your target, preventing all ability use for 3 seconds. 1 second cast.

Do you want to be a Witch Hunter?

All NFTs can be bought from our player-run peer-to-peer marketplace. Browse all NFTs for sale here:
https://mist.game/nft-marketplace