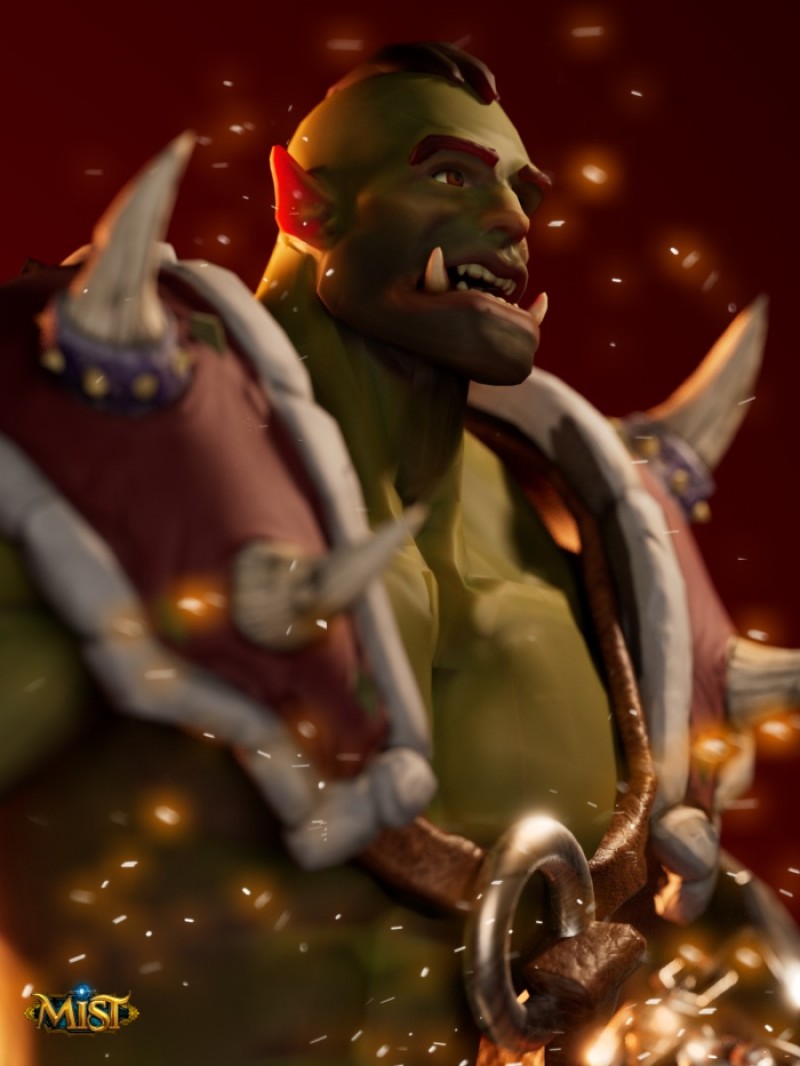 The Final race is here.

Orcs are tough and brave. The kind of person who doesn’t back down from a fight, even if he will be guaranteed to lose. This is often a strength, but sometimes a downfall.

For some Orcs fighting is a necessary ritual to fulfil their life’s purpose.

Orcs honor and remember their great warriors. The Orc’s focus on honorable combat can lead him to be outsmarted or deceived by his enemy. Orcs value honor and bravery.

Their critical strikes do more damage than normal. They can silence their enemies, preventing spellcasting. Their consecutive combo attacks increase the damage they deal. And more.

We will go into more detail about the rest of the racial abilities in a later article.

The orc went through a few design phases too.

At first we tried this look, a very beast-like style. It looked scary and tough. But it did not have the level of intelligence that we wanted the Orcs to possess.

These are brutish beasts, but they also are intelligent and emotional.

We started with the base, above. We did a base sculpt of the character and added a few armor pieces.

After the painting and finalizing, the orc looked too much like a monster. Too scary, too beast-ish. It looked more like a Boss from a dungeon than a playable, intelligent character.

So we decided to do a 2nd version of the Orc.

We learned from the 1st version what we liked, and what we wanted to change.

So we started designing the new Orc. Tough, strong, but with emotion, intelligence, and soul.

We began by low-poly sculpting the 1st iteration. Notice that his individual parts (eyes, eyebrows, hair) are independent meshes.

These details will allow us to properly animate the Orc and give him the personality that he deserves.

After the base design was correct, we began adding vertices and smoothening the character, creating the final mesh and surface.

He is beginning to look smart, and tough. Great mix.

A closer view of the body. Muscular yet athletic.

We finish painting the character, giving him the full look. Smart, but ready to fight at any time.

Doesn’t this Orc look like it has much more SOUL than the 1st one? This was a large goal of ours in this design.