The Mousekin: Character Race #6 of 8 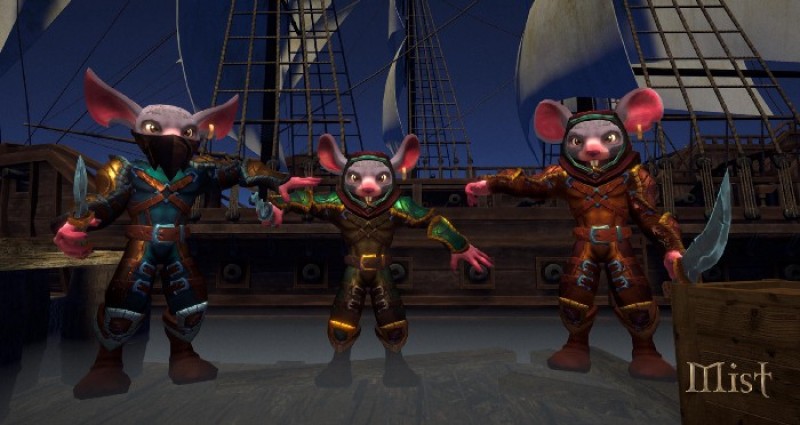 The Mousekin: Character Race #6 of 8

This week we will highlight The Mousekin.

Mousekin are the inhabitants of the north side of Dunia, on the Broken Coast. They are unique race with many different characteristics. They are known for their adventurous spirit. They are pirates and merchants with a quick wit. They are an intelligent race with endless curiosity that allowed them to travel all across the world.

They are small in statue but often surprise everyone in situations that require bravery. Some say they are so fascinated with adventure, they don’t experience much fear due to their obsession with new things. They often pick on other races and playfully banter with them. Sometimes they can be blunt. For example a Mousekin will be the first one to ask you, “What, are you afraid?” in a group setting.

They attack faster with daggers, they have escape abilities, their critical strikes stun their target, and more.

We will go into more detail about the rest of the racial abilities in a later article.

Mousekin is a race with smaller stature, however they make this up with their style and athleticism.

The design process of the Mousekin was long with many different iterations. The team had to capture their adventurous spirit and personality. The challenge with making a Mousekin with a humanoid form was that we didn’t want to lose their racial characteristics whilst maintaining a stylistic character .

In the first iterations of the Mouse, the character looked very different.

Below is the first “trial” of the Mousekin we had. Yes we know, he looks, erm.. a little rough don’t you think?

Imagine this face staring at you in the middle of the night. Not good, and we had to re-imagine and re-design the Mousekin.

After this iteration we knew we had to get better. This was below our standards.

The shape of the 2nd iteration of the mouse was coming along.

And finally some more details:

We add some first textures and colors:

And finally we increase the poly count:

Now the second version is much better but it is lacking a certain quality and style, this is not our vision for Mousekin. Certainly this model didn’t represent their personality.

So we moved on to a third version.

We knew we had to start over from the body shape. The body shape and posture needed to have the expression of mousekin.

Below you are seeing the first steps of the body type.

Now that we are settled on the bodyshape, we have to work on the face.

This is looking much better already. Let’s add some more details like modifiable ear shape.

Above you are seeing that we have added his fur with many more ear shapes. We want to deliver something cool and the team loves working and improving our game everyday!

Next step: Texturing. We need to texture our lovely Mousekin.

Below is one of the colors of their fur. Some Mousekin in different regions have different fur colors.

Now that he is all textured let’s put him in his natural habitat!

He looks like he is ready for an adventure!