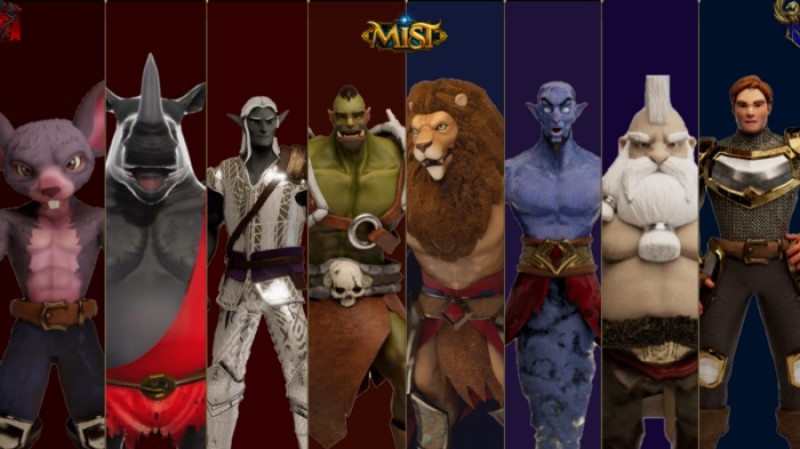 Pick a side. It may be the most important decision you make.

Your character race will lock you into a faction. You must pick a side.

The Mist Metaverse is big. Huge, in fact. With 8 playable races, 9 playable character classes, and many in-game zones… players can play and explore a large, customizable world.

240 square kilometers of in-game world, to be exact.

And now the 2 main factions will be revealed. Not too much info yet, but just enough to get your decision making process started.

Get ready to enter the magical Metaverse of Mist.

Choose Wisely — Your Metaverse Future is in Your Hands

As an MMORPG, Mist will be full of battles, PVP, and competition.

Being on the winning side can mean glory and prizes. Being on the losing side, however, can bring misery and defeat.

When the time comes, you must choose wisely.

Those of you who have made friends in the past months in chat, in groups, or in our events: keep your friends close. They may be very valuable companions when you enter the metaverse in Mist.

The Order aims to bring positive progress, hope, safety, and prosperity to the world. Along with this comes invasion, hard justice, and suppression of freedoms.

The Order was formed by four kingdoms who survived the suffering, starvation, violence, and unnecessary death in the world caused by the ancient Midis (The ancient inhabitants and rulers of Midirim). They made a covenant to fight to eradicate this suffering and bring goodness to the world.

As a result they have waged multiple campaigns to spread hope, progress, prosperity, and safety to the less fortunate. These campaigns often bring oppression and violent invasion of others.

The Order has faction-wide rules established and each race follows the common rules.

The inhabitants of The Order are: The Fallen, The Humans, The Leonin, and The Dwarves

The Clan aims to bring freedom and independence to the world. Along with it comes a backwards and dangerous society, violent lawlessness, starvation, and suffering.

The Clan was formed by four nations who survived the oppressive authoritarian empire of the ancient Midis (The ancient inhabitants and rulers of Midirim). They made a pact to never be under the command of anyone but themselves, and vowed that freedom and independence are the only laws.

As a result they have waged multiple campaigns to spread independence and freedom to the oppressed. This freedom often brings lawlessness and suffering.

Every nation in the clan has its own rules within its borders. The main connecting part between the races is their agreement to militarily defend each other, and to give a portion of their military to the shared Clan army.

The inhabitants of The Clan are: The Mousekin, The Rhinokin, The Orcs, The Elves

The 4 qualities of The Clan : Freedom, Independence, Suffering, Unnecessary Violence

More Info about the Faction System

We will share more info about the faction system as we get closer to pre-alpha launch. Stay tuned for all the details to finalize your faction choice.