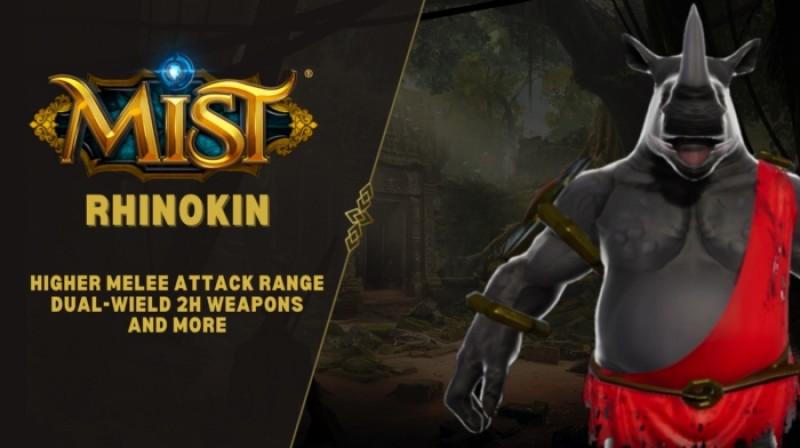 This week we deep dive into the Rhinokin character race. We will cover some entry-level lore as well as race-specific racial abilities.

Here in this article we will dive more into the Rhino Race to understand who Rhino are, what their abilities are as well as their personality.

A Rhino’s unspoken motto is, “Don’t bother me and I won’t bother you”. As gentle giants looking to live a life of peace, Rhinos tend to avoid conflict when possible.

But if provoked the Rhino attacks with force and fury. Rhinos are a simple race who prefer spending time in nature instead of modernity. This can lead to laziness and lack of progress in Rhino society.

What are the unique Rhino gameplay features?

Ability 4: Belly Bump:
The Rhino bumps an enemy with his belly, pushing the enemy back 10 meters. This is an aimed attack. 5 meter range.

Ability 5: Horn Attack:
The Rhino charges an enemy, stunning them for 3 seconds. This is an aimed attack. 5 meter range.