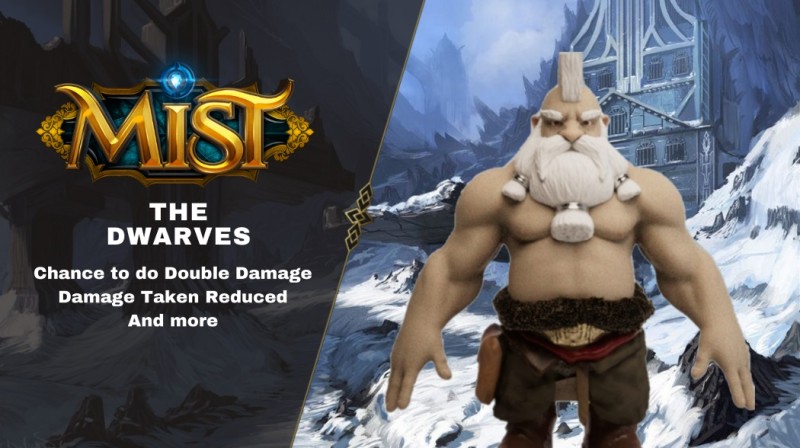 This week we deep dive into the Dwarven character race.

Here in this article we will dive more into the Dwarven Race to understand who Dwarves are, what their abilities are as well as their personality.

Dwarves are a tough, hearty race that values creativity and persistence. A dwarf will be happy to smile and shake your hand, but if you make them angry, watch out!

They value a nice pint of ale with their mates, while telling (and exaggerating) stories of their battles, successes, and adventures. Dwarves are strong and goodhearted, but that same good-heartedness can allow them to be taken advantage of.

Dwarves value honesty and friendship above all else.

What are the unique Dwarven gameplay features?

Ability 1: Team Player:
Passive ability. When healing a target, a Dwarf will heal 10% more if the target has less health than the dwarf.

Ability 3: Underdog:
Passive Ability. If the enemy has more % health than the Dwarf, the Dwarf does 10% more damage.