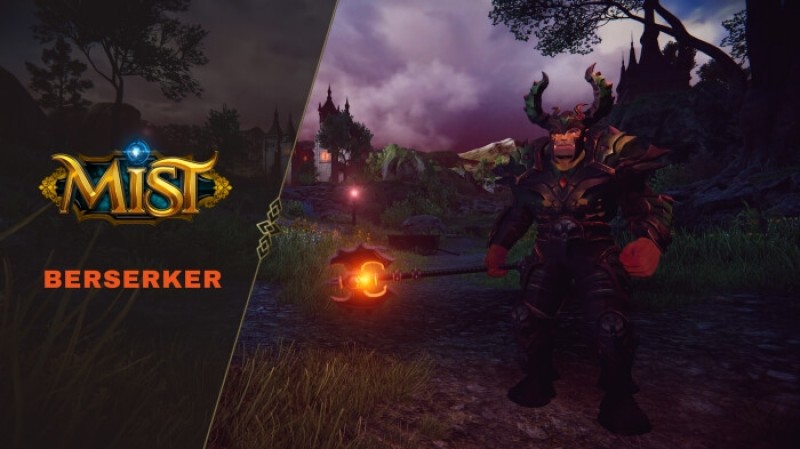 Berserkers are rage-filled, wrecking balls of pain. From young children they are raised and trained to end the lives of their enemies with various weapons. They are tough, and able to withstand heavy amounts of damage.

For a Berserker, there is only one rule of war: win, at any cost. Nothing is off limits.

Berserkers are also loyal and respected among their teammates, as they are the first ones to charge into battle and put themselves in harms’ way to protect their teammates.

Spinning Blades
You viciously spin around with your weapon(s), dealing 140% physical damage to all enemies within 2 yards.

Mortal Strike
You find a weak spot in your opponent’s armor, striking it and causing them to bleed for 150% physical damage over 8 seconds.

Charge
You charge into battle, and run to an enemy within 9 yards.

Raging Voice
You release a powerful shout, sending fear into your target and stunning them for 3 seconds. 1 second cast.

To the Death
You challenge your enemies, causing a 3 meter radius wall to appear preventing anyone from entering or exiting for 4 seconds.

Do you want to be a Berserker?

Berserker will be available in the coming weeksAll NFTs can be bought from our player-run peer-to-peer marketplace. Browse all NFTs for sale here:
https://mist.game/nft-marketplace